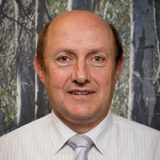 David Dreverman has been a director since May 2008.

From 2003 to 2017, David was responsible for the operation of the River Murray System, which shares water for irrigation and communities across the states of New South Wales, Victoria and South Australia. During that time he was responsible to four governments for the effective investigation, design, construction, operation and maintenance of a large portfolio of water management assets. Major investment programs included:

Prior to joining the Murray-Darling Basin Commission, David worked as a consultant in the engineering industry; with SMEC, Hydro Electric Commission, Tasmania and Australian Power and Water.  David has been involved with large dam and hydro power projects, both in Australia and overseas for more than forty years.