eWater Limited Board elects new chair and board members 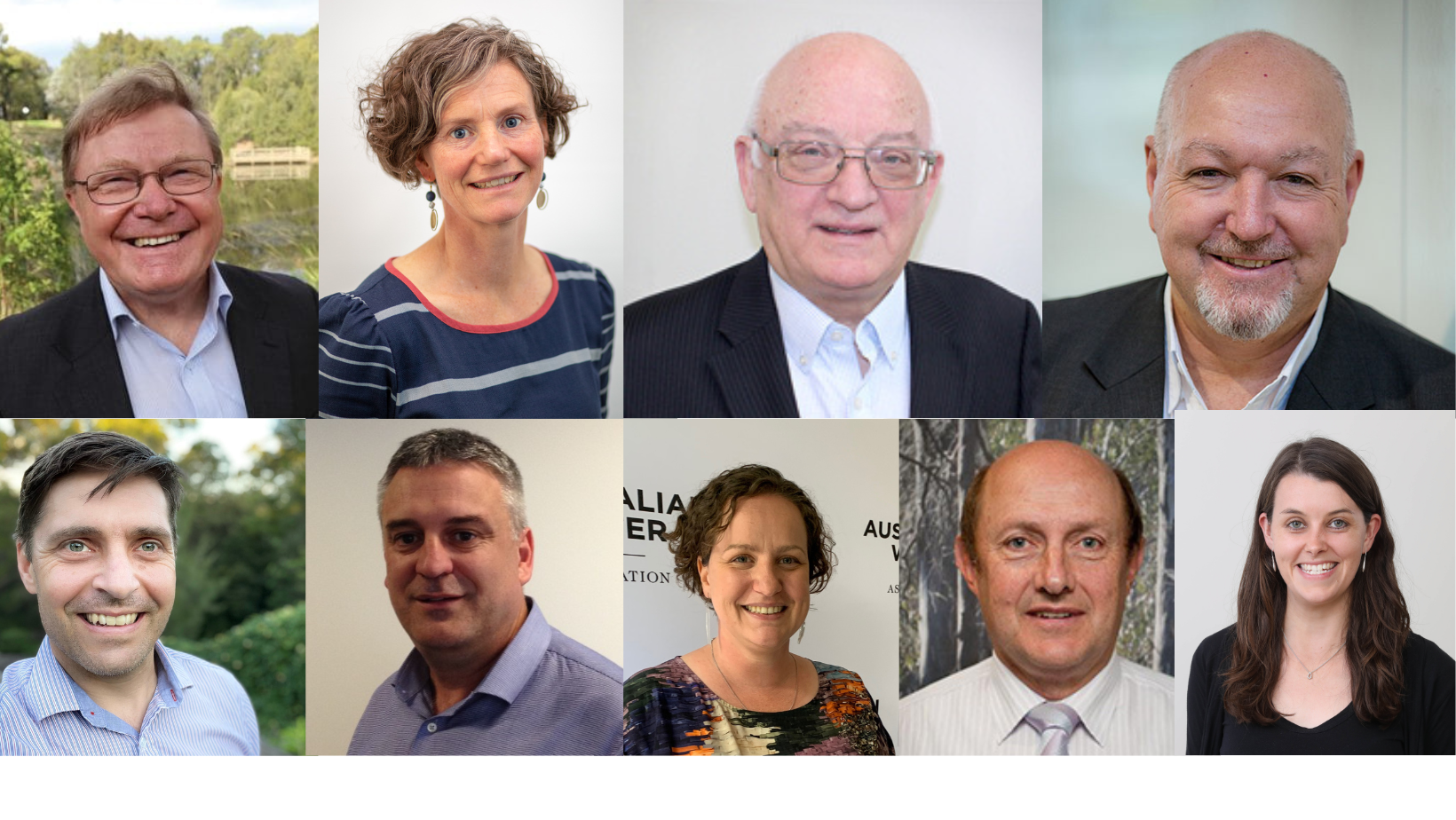 Our recent Annual General Meeting marked a great opportunity for our Board and people to come together to share and celebrate our achievements in 2022.

This year, we farewelled our former chairman, Don Blackmore AM, who was chair since the formation of eWater in 2005. Don made an incredible contribution to Australian water management through various roles including Chief Executive of the Murray-Darling Basin Commission, and Deputy Chair of Land and Water Australia.

Each of our Directors brings a diverse range of skills and experience to our organisation including water policy and management, commercialisation of Australian technology, international development, research and development, public policy, governance, and strategic planning.

Greg has extensive experience within the water industry as well as natural resources management, both in Australia and internationally. He has been recognised at state, national, and international levels for his work in water and associated national resources reforms, in whole of river basins planning and management, and in integrated urban water management. Greg has held many board memberships including the Murray-Darling Basin Commission, CRC for Water Sensitive Cities, International Water Centre, COAG Water Reform Committee.

Grace brings a wealth of knowledge to the eWater Limited Board including leading numerous high-profile, complex, multi-disciplinary initiatives that have required significant stakeholder engagement and negotiation within and between state and federal governments. With a PhD in Environmental Engineering from Monash University, Dr Mitchell has a proven track record in delivering complex policy initiatives and program outcomes, which will benefit the eWater Limited Board and eWater’s government owners, customers, stakeholders, and clients.

Kathryn brings extensive knowledge and experience to the eWater Board including her work at the Sydney Water Corporation as Resilience and Climate Changer Adaptation Manager. Kathryn is a passionate water professional and has been a member of the International Water Association and Australia Water Association strategic councils, providing advice to their Boards of Directors.

Murray is a director and chair of numerous boards of innovative Australian companies as well as serve on several government boards as a technology adviser. He has won numerous national business awards including the Telstra Small Business of The Year. He is an occasional lecturer in business strategy at the Australian National University, Macquarie University and Melbourne Business School.

David has held many distinguished roles over his extensive career, including Executive Director, River Management, Murray-Darling Basin Authority, and General Manager, River Murray Water of the Murray-Darling Basin Commission. He has also worked as a consultant in the engineering industry; with SMEC, Hydro Electric Commission Tasmania and Australian Power and Water. David has been involved with large dam and hydropower projects, both in Australia and overseas for more than forty years.

Bob has held several ministerial positions in the federal government over his career, including Minister for the Arts, Minister for Trade, and Parliamentary Secretary for International Development Assistance.  He represented the Australian Capital Territory in both the Senate and House of Representatives.

Since leaving parliament, Bob has been involved in a range of activities, with a focus on international development, including Director of the ANU Crawford Leadership Forum, Board Member for the Crawford Fund and Foundation for Development Cooperation and as Australian Executive/Alternate Director for the European Bank for Reconstruction and Development.

Mitchell Isaacs has worked in water related roles in the NSW Government since 2009 and from November 2020 as the Chief Knowledge Officer, Water Group, in the NSW Department of Planning, Industry and Environment. Prior to joining the NSW Government, Mitchell worked as a research scientist in Australia and Japan, and as a project management advisor to the Cambodian Government’s Fisheries Administration.

Deb Brown is the Executive Director, Catchment Waterways Cities and Towns in the Water and Catchments Group of the Victorian Department of Environment, Land, Water and Planning, and a trusted and respected water leader with over 20 years’ experience within the public sector. Over her career, Deb has specialised in urban water management and conservation, environment, and river health improvement, and more recently in improving Traditional Owner inclusion in water management.

Andrew Reynolds has more than 24 years’ experience in the water industry, managing major water supply infrastructure, as well as extensive knowledge in the fields of engineering project management, dam safety and construction management. Andrew is the Executive Director, River Management at the Murray-Darling Basin Authority. Prior to that role, Andrew held various roles with Goulburn-Murray Water which included management of the Headworks business responsible for 16 large dams and associated infrastructure, delivery of several major dam safety upgrade projects, and leading the business’ engineering and scientific resources.

eWater Group and its people are happy to welcome new and continuing members of the eWater Limited Board to vital strategic conversations about Australia’s and the globe’s water future.