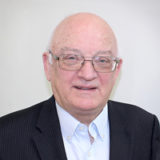 Bob McMullan represented the Australian Capital Territory in the Australian Senate from 1989 to 1996, resigning from the Senate to represent the ACT as a Member of the House of Representatives (1996-2010).

Bob held several ministerial positions, including the Minister of Arts (1993-94), Minister of Trade (1994-96) and Parliamentary Secretary for International Development Assistance (2007-10).

Since leaving parliament, Bob has been involved in a range of activities, with a focus on international development. Bob’s previous positions include Director of the ANU Crawford Leadership Forum, Board Member for the Crawford Fund and Foundation for Development Cooperation and Executive/Alternate Director for the European Bank for Reconstruction and Development.