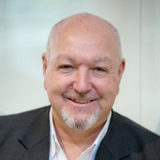 Murray founded The Distillery Software in 1997 and, as Chief Executive Officer, grew it to 130 staff globally with operations in Australia, the United States, the United Kingdom, New Zealand, Africa and Asia.

He has won numerous national business awards including the Telstra Small Business of The Year. He is an occasional lecturer in business strategy at the Australian National University, Macquarie University and Melbourne Business School. Murray is a director and chair of numerous boards of innovative Australian companies and also sits on a number of government boards as a technology adviser. Murray was awarded an Australia Day Medal for achievements in the national security and intelligence sector.