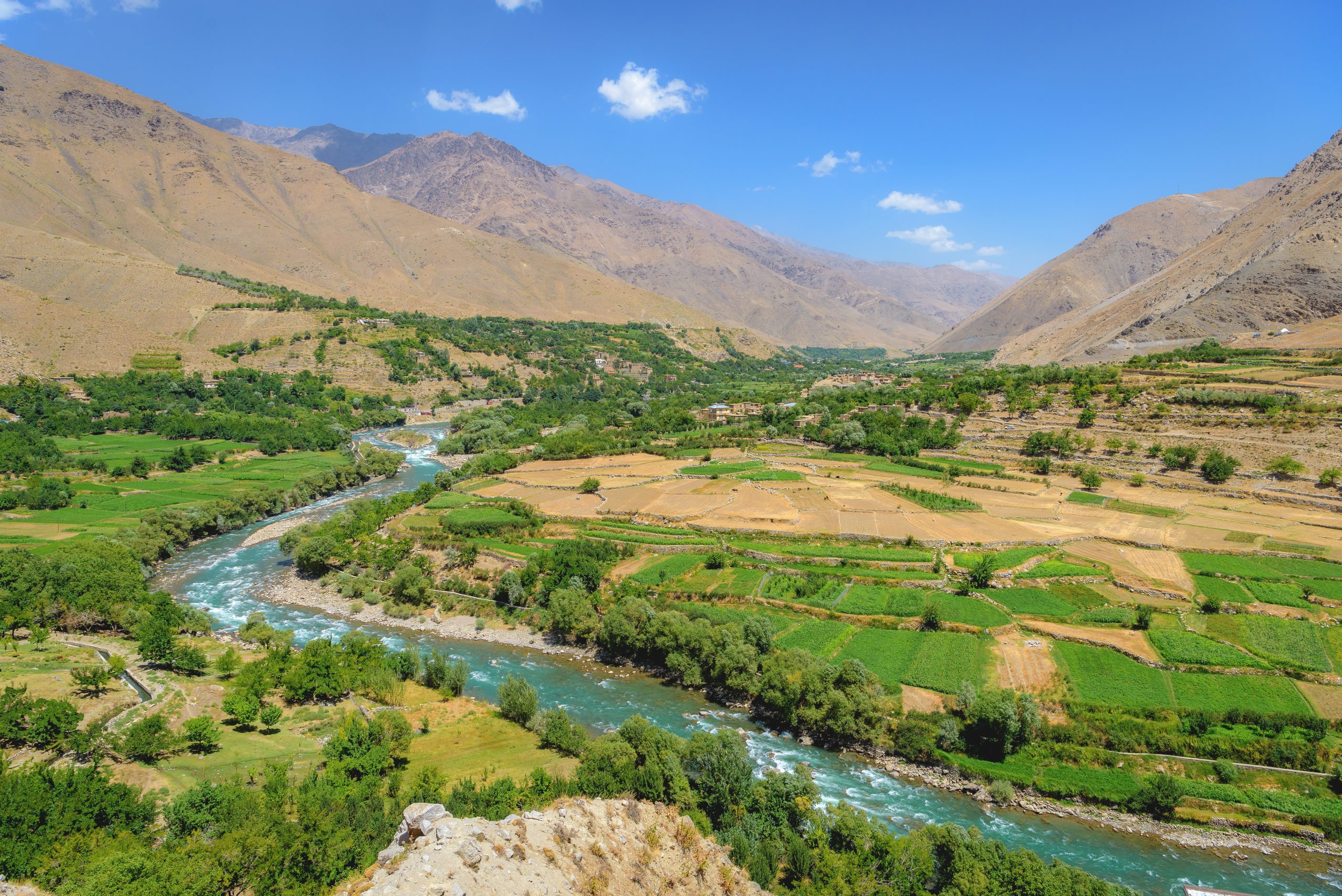 The Strengthening Water Resources Management in Afghanistan (SWaRMA) project is a two year collaboration between the governments of Afghanistan and Australia through the CSIRO.

eWater, in collaboration with the CSIRO has supported the initiative through:

The Kabul River Basin is located in Eastern Afghanistan. It joins the Indus River in neighbouring Pakistan. Most inflows are generated from snow melt in the sub-basins of the Panjsher and Konar rivers, which are located high in the Hindu-Kush mountains, with their heavy snowfalls and many glaciers. The catchment is largely undeveloped, with only 6% of land used for cropping (FAO, 2010) and 1% urban. Kabul City is the largest urban area with a population of 4 million.

The model includes water demands for irrigated cropping, urban water, hydropower and the expected water demand from the Aynak mine. Minimum flow requirements are included to meet environmental needs. Urban demands are only modelled for Kabul City, as it is the only urban demand large enough to have an impact on downstream water supply. After consultation with the Ministry of Energy And Water (MEW), demands for Kabul were estimated as 120 L per person per day. Water demand on groundwater is factored into water use for Kabul City, since it is known that over time the reliance on groundwater for Kabul City will change to using surface water from the proposed Shatoot and/or Gulbahar dams. The model is conceptualised to provide for this change in the future.

The Source model for the Kabul Basin provides a broad scale representation of the Kabul River basin and its key water demand and supply elements. It serves as a tool for capacity building, including demonstrating the use of models to assess different water management scenarios. The model is not currently intended to be applied as an operational model of the system. However, it has been conceptualised to provide a framework representing the key features which can be extended with further information regarding management rules and requirements.

This model has been handed over to the Ministry of Energy and Water, so they can continue to develop the model and use it to more detailed analysis and water resource planning and management.

The Source platform makes it possible to explore water availability across multiple scales, from the scale of sub-catchment tributary to major river basin scale to the whole country. A whole of Afghanistan Source model was built to undertake a rapid assessment of water availability in Afghanistan’s five major river basins. Due to limited historical data, the assessments were based on daily global data inputs for the period 2006-2016 and long-term monthly average flows from pre-1980.

Afghanistan is a land locked country and shares its river basins with its neighbouring countries. The use of global input sets helped overcome potential issues of sourcing this data from these other countries. However, a lack of available observed flow sites within these countries meant that neighbouring flow contributions could not be calibrated.

Due to lack of observed flows, it was only possible to calibrate against historical average monthly flows. As such the model can only be considered to represent long-term average conditions across Afghanistan and can only give an indicative assessment of water availability. In time, the model can be further developed as data and knowledge improve.

The rapid assessment provides a much needed baseline tool and information source for water managers. The figure below is an example of the outputs available from the model, it shows the area-weighted outflow per sub-catchment, providing an indication of the distribution of water availability across Afghanistan. It shows that the higher mountain areas are the main source of flows, particularly the Hindu Kush mountains, which receives significant snow in winter.